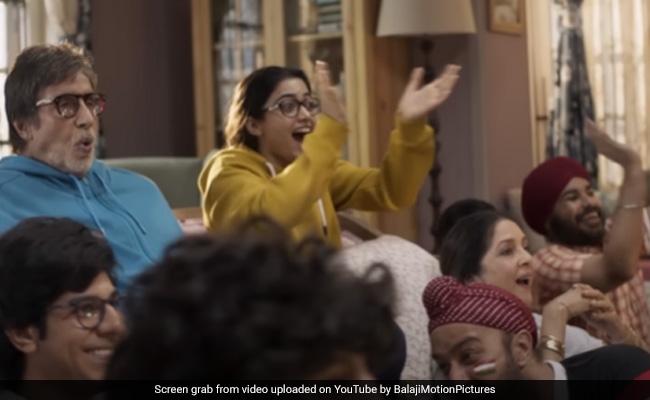 Rashmika Mandanna and Amitabh Bachchan’s film Goodbye is here. The intense family drama, directed by Vikas Bahl, also stars Neena Gupta, Pavail Gulati, Sunil Grover and Elli AvrRam. The film is all the more special for all Rashmika fans as it marks her big Bollywood debut. Yes, we are excited too. You don’t see an on-screen father-daughter duo like Amitabh Bachchan and Rashmika every day. As the actress wrote, in one of her posts, Goodbye is “special for so many reasons but for now, I hope you and your family like this.” If you are feeling overwhelmed and want to revisit some of the amazing family dramas, we have the list ready just for you.

This film has given us a lot more than we could have ever asked for. From the iconic Pooh vibes to Kajol’s Gamlaa! Nai gamla nai vase moment, this Karan Johar directorial is our all-time favourite.

“Maa baap zindagi ke pedh ki jadh hai,” said Amitabh Bachchan in this Ravi Chopra-directed film and we couldn’t agree more. On the list of Bollywood family dramas, Baghban most probably occupies a special spot. It stars Big B and Hema Malini as an elderly couple who have to live separately because their children don’t want to take care of them together. Baghban also gave us many memorable songs like Chali Chali Phir Hawa Chali, Holi Khele Raghuveera and Meri Makhna Meri Soniye.

This evergreen film by Sooraj Barjatya is a family entertainer in every way. It has emotions, drama, fun, rib-tickling moments and moving dialogues, all combined with melodious songs. Remember that song A B C D E F G H I?  Nostalgia, did we hear?

JugJugg Jeeyo, starring Anil Kapoor, Neetu Kapoor, Varun Dhawan, and Kiara Advani, was released earlier this year. The film revolves around a family, wherein two marriages are at risk of divorce. We won’t give away much, watch the film to see the drama and chaos unfold.

As Karan Johar said “Madhuri Dixit is a pleasure to watch in every frame” and we couldn’t agree more. The film is set against a traditional and colourful Indian wedding. It is directed by Anand Tiwari. The recently released movie also stars Gajraj Rao, Barkha Singh, Ritwik Bhowmik, and Srishti Shrivastava.

Which family drama is your favourite?