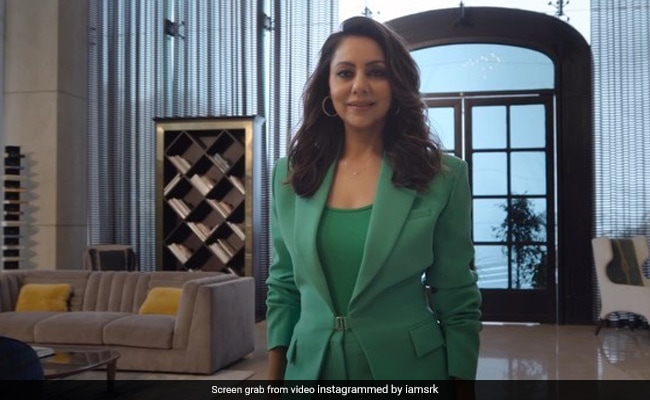 Gauri Khan in a still from the video. (courtesy: iamsrk)

In the teaser, Gauri Khan is seen redesigning and renovating some of her celebrity friends’ houses, including Katrina Kaif, Malaika Arora, designer Manish Malhotra and filmmakers Kabir Khan and Farah Khan.

Gauri Khan is an interior decorator and she owns the plush Gauri Khan Designs in Mumbai. She has given makeovers to several suburban Mumbai restaurants and celebrity homes over the years. She has redecorated homes for several Bollywood A-listers. She has designed restaurants like Arth and Sanchos. Other than that, she is film producer and made her debut as author in 2020.

Shah Rukh Khan married Gauri in 1991. The star couple are parents to Aryan, 24, (their eldest child), daughter Suhana and 9-year-old AbRam. Aryan Khan graduated from University Of South California. Suhana (22) is shooting for Zoya Akhtar’s The Archies. The film will mark her acting debut.