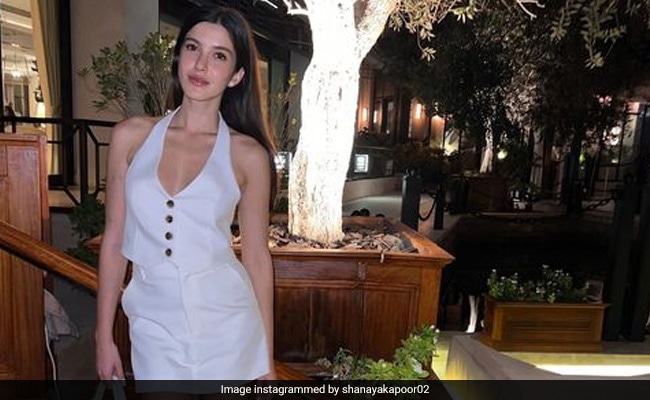 Suhana Khan and Shanaya Kapoor are living their best lives in Dubai, where they are currently holidaying. On Friday, Shanaya Kapoor shared a set of stunning pictures clicked by her bestfriend Suhana Khan. Shanaya Kapoor’s OOTN was a white ensemble. She added a dash of bling with her sequined bag and heels. Shanaya Kapoor, thanking Suhana Khan in her caption, wrote: “Thanks for the clicks Suu.” Suhana Khan dropped multiple comments on the post. “Yayy,” she wrote, adding “Loveee uuu” and a chunk of emojis. Shanaya and Suhana’s bestie Ananya Panday commented on the post: “Fresh as a daisy.”

This is what Shanaya Kapoor posted:

Shanaya Kapoor’s mom Maheep Kapoor also shared a set of pictures from her Dubai album, where she is holidaying with Gauri and Suhana Khan. In the comments section, Suhana Khan wrote: “Best trip ever.”

Suhana Khan, daughter of superstar Shah Rukh Khan and interior decorator Gauri Khan, completed her higher studies from New York. Before that she studied films at Ardingly College. Suhana Khan, who has also done theatre shows in the past, featured in a short film titled The Grey Part Of Blue, directed by Theodore Gimeno. She will make her Bollywood debut with Zoya Akhtar’s adaptation of The Archies. The film will also star late actor Sridevi and film producer Boney Kapoor’s daughter Khushi Kapoor, and Amitabh Bachchan’s grandson Agastya Nanda.

Shanaya Kapoor is the daughter of actor Sanjay Kapoor and Fabulous Lives Of Bollywood Wives star Maheep Kapoor. She is set to make her big Bollywood debut with the film Bedhadak, which will be directed by Shashank Khaitan and it will be produced by Karan Johar. Shanaya Kapoor began her career as an assistant director with the 2020 Netflix film Gunjan Saxena: The Kargil Girl, which featured her cousin Janhvi Kapoor in the lead role.