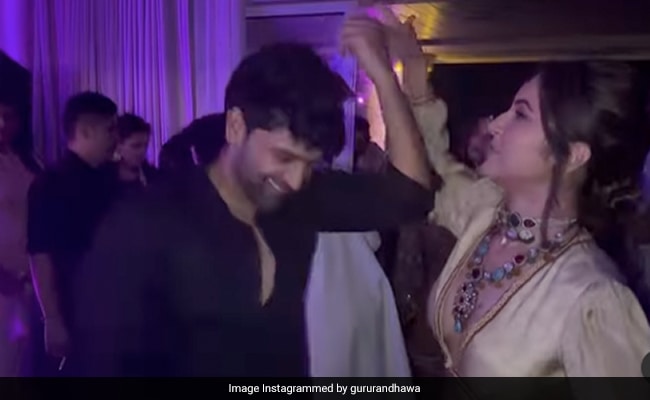 Singer Guru Randhawa dropped an adorable video with Shehnaaz Gill on social media.In his post shared on Instagram, Shehnaaz was seen dancing with Guru. The two were all smiles as they enjoyed dancing with each other. Addressing Shehnaaz as ‘India’s favourite’, he wrote, “With India’s fav @shehnaazgill. Happy Diwali.”Fans showered love after the video got viral on social media.A fan wrote, “haha both are my favs” while another fan commented, “Haha so so cute.”

Shehnaaz gained fame after her stint on Bigg Boss 13. Shehnaaz and Sidharth Shukla, popularly called ‘SidNaaz’ by fans, got close to each other when they were in the Bigg Boss 13 house, though they never officially acknowledged being a couple. Sidharth later won the reality show in 2020.

Sidharth passed away on September 2, 2021, after suffering a cardiac arrest. He was 40. After the sudden demise of Sidharth, Shehnaaz has released a heartfelt music video tribute titled Tu Yaheen Hai. She also graced the sets of ‘Bigg Boss 15’ season finale and dedicated a special tribute in the beloved memory of her close friend.

She began her modelling career with the 2015 music video, Shiv Di Kitaab. In 2017, she made her debut as an actress in the Punjabi film ‘Sat Shri Akaal England’ and later starred in Kala Shah Kala and Daaka in 2019.