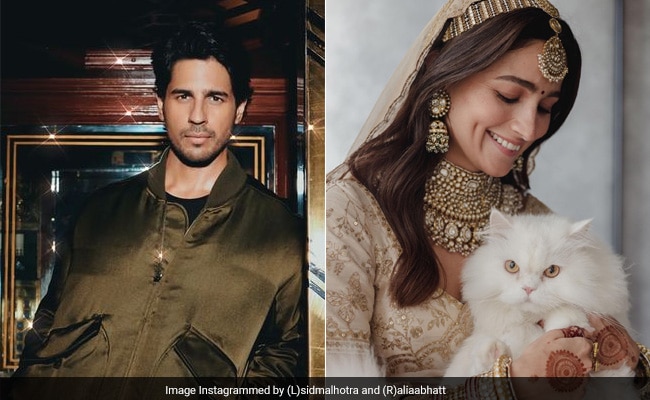 Sidharth Malhotra is creating a heavy buzz on the Internet after he revealed what he learned from his last relationship and what he would like to steal with Alia Bhatt (Sidharth dated the actress before they parted ways). During an interview with Bollywood Bubble, Sidharth was asked to name one thing he learned from his last relationship, to this, the actor replied, “I think I learned from my last relationship… don’t gift pets.” Next, he was asked one thing he would like to steal from Alia Bhatt, he said, “The cat…Edward.” Soon after, fans started joining the dots and speculated that the Shershaah actor was the one who gifted a cat to Alia Bhatt while they were reportedly dating.

Reacting to the interview, a user commented, “So Edward was a gift of Sid, he also said he misded the cat…now all has sense.” Another wrote, “Is he saying he gifted Edward to Alia?” A user wrote, “So Edward was gifted by Sid.”

Well, it is not the first time Sidharth Malhotra spoke about his fondness for Alia Bhatt’s cat Edward. Earlier, during his appearance on Karan Johar’s Koffee With Karan 7, he was asked to name one thing he missed about his ex-girlfriend, to this, he said, “her cat”.

Sidharth Malhotra and Alia Bhatt made their acting debut together in Karan Johar’s Student Of The Year, alongside Varun Dhawan. Also, they have worked in Kapoor & Sons.

Now, Sidharth Malhotra is rumoured to be in a relationship with his Shershaah co-star Kiara Advani. While, Alia Bhatt is married to Ranbir Kapoor, and together they are expecting their first child.