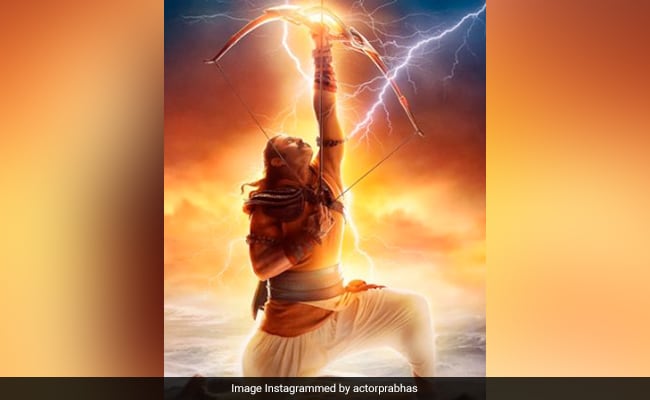 Actor Prabhas has finally revealed the release date of his upcoming film Adipurush. On Friday, the actor shared a post on his Instagram account, revealing the release date of his film and the timing of the film’s teaser release on 2 October. Sharing a poster of the film, the actor wrote, “Aarambh. Join us as we embark on a magical journey on the Sarayu River Bank in Ayodhya, UP. Adipurush In Ayodhya. Unveil the first poster and teaser of our film with us on Oct. 2 at 7:11 PM! Adipurush Teaser. Adipurush releases in theaters on January 12, 2023, in IMAX & 3D!”

In the poster, Prabhas can be seen sporting a never-seen-before look. The actor can be seen wearing a dhoti, holding a bow and arrow and aiming toward the sky.

Many of the actor’s fans flooded his comments section with “Jai Shri Ram,” others dropped heart, fire and star-eyed emojis on the post.

Prabhas’s co-star Kriti Sanon too shared the release date announcement poster on her Instagram with a similar caption as Prabhas./p>