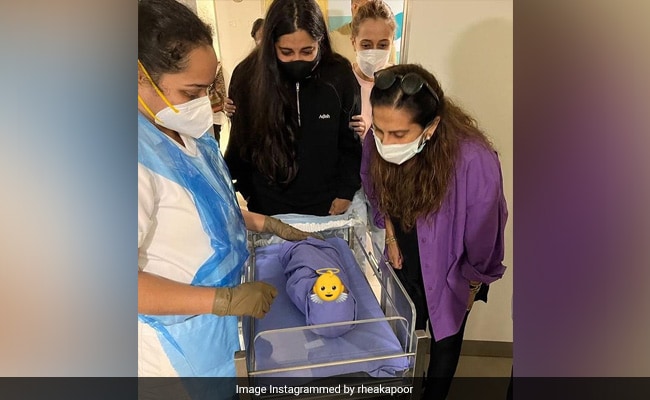 Sonam Kapoor and Anand Ahuja’s son Vayu turned a month old on Tuesday and on the special occasion, the parents shared his first picture on social media and revealed that they have named him Vayu. Sonam accompanied the post with a beautiful picture of herself and Anand Ahuja along with their baby son – all dressed in matching yellow outfits. Members of the Kapoor family, welcomed Vayu Kapoor Ahuja to the family by sharing loved-up posts. Anil Kapoor dropped multiple heart emojis, party popper emojis and hug emojis in the comments section of Sonam’s post. As did Sonam’s aunt Maheep Kapoor, who also shared a glimpse of the baby room and she wrote in her Instagram story: “Vayu Kapoor Ahuja room” She added an evil eye emoji and wrote: “So cute.” 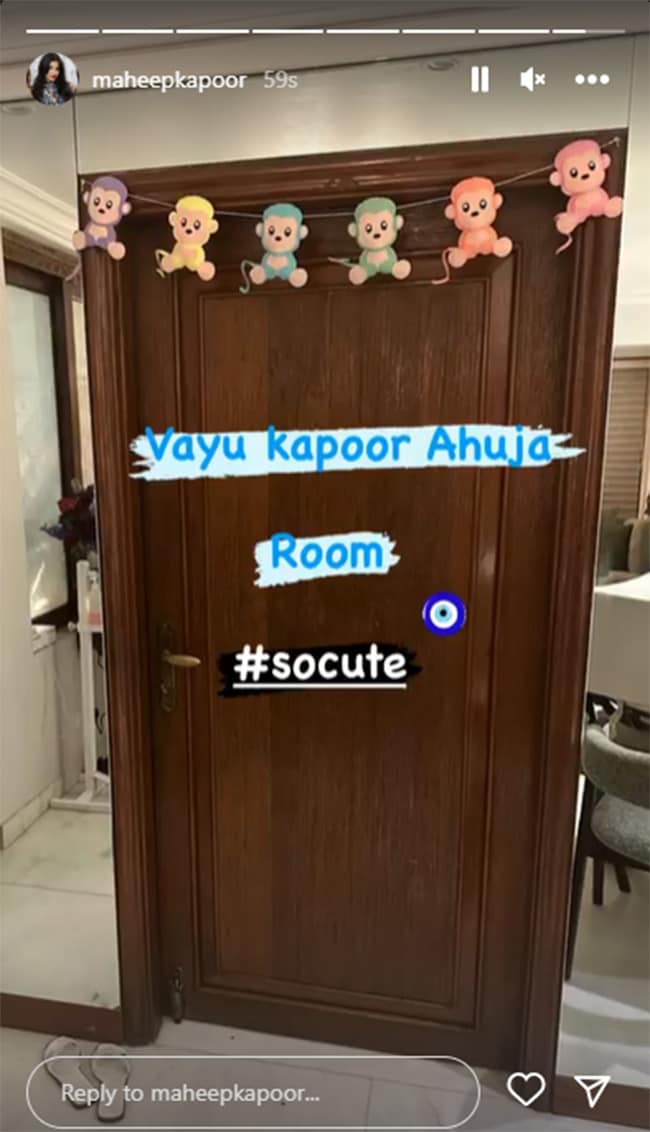 Arjun’s cousin and actor Arjun Kapoor shared Sonam and Anand’s post on his Instagram story and he wrote: “Vayu,” adding an evil eye emoji and a heart emoji. 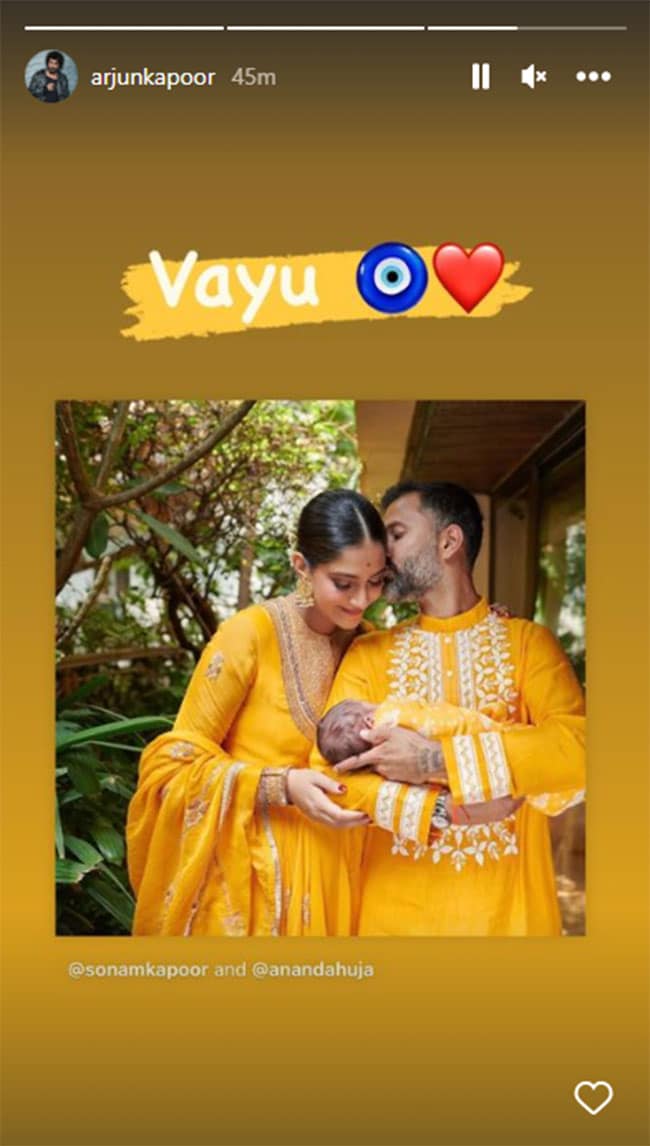 Sonam Kapoor also shared a glimpse of the cake on her Instagram stories. 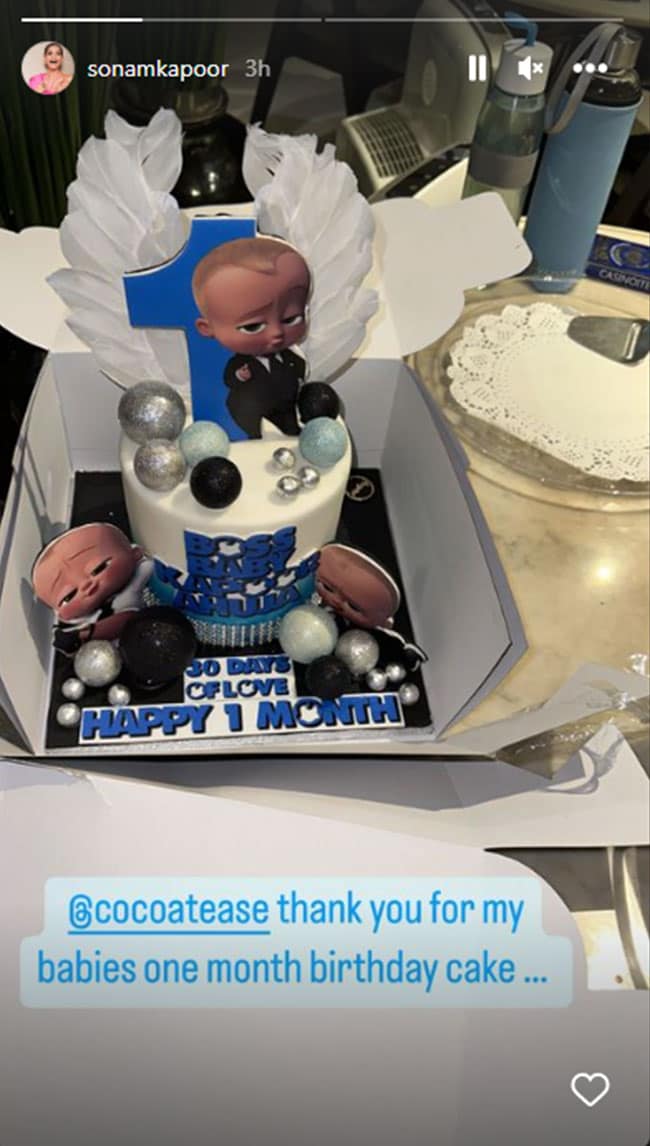 Sonam Kapoor captioned the post: “In the spirit of the force that has breathed new meaning into our lives… In the spirit of Hanuman and Bheem who embody immense courage and strength…In the spirit of all that is sacred, life-giving and eternally ours, we seek blessings for our son, Vayu Kapoor Ahuja.”See Sonam Kapoor’s post here:

Sonam Kapoor and Anand Ahuja, got married in May 2018 in Mumbai after dating for a couple of years. They had a star-studded wedding and reception. Anand Ahuja runs the fashion label Bhane and the sneaker boutique VegNonVeg.

In terms of work, Sonam Kapoor had a cameo in Netflix’s thriller AK vs AK, starring her dad Anil Kapoor and filmmaker Anurag Kashyap. She was last seen in the 2019 film The Zoya Factor, co-starring Dulquer Salmaan and Angad Bedi. The actress will next be seen in the Shome Makhija’s film Blind.