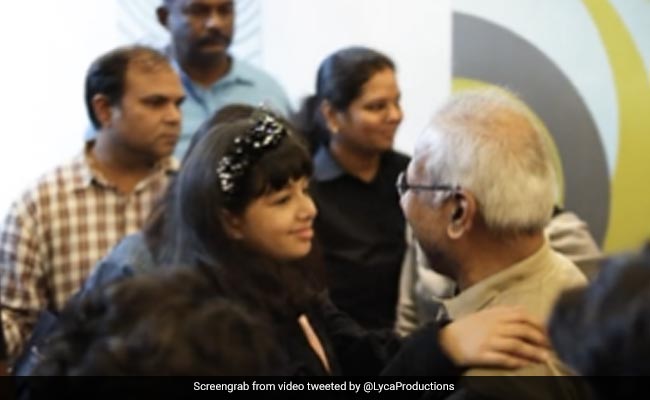 The video begins with the film’s cast arriving at the screening venue one after another. It features Karthi, Vikram, Trisha, Karthi, Jayam Ravi and Aishwarya Rai Bachchan with her daughter Aaradhya. A few frames later, the PS-1 team is seen posing for the cameras, Aaradhya too is seen posing for the pictures. The video also shows Aishwarya Rai Bachchan giving a hug to Mani Ratnam, followed by her daughter smiling at the filmmaker and hugging him.

What about you? Book your tickets 🎟️ now at the nearest Cinemas! Running Successfully! ✨#PonniyinSelvan1 🗡️ #ManiRatnam@arrahman@MadrasTalkies_@LycaProductions@tipsofficial@_PVRCinemaspic.twitter.com/BNtWSf9ugB

Aaradhya is often seen accompanying her mother on various occasions. Aishwarya too shares many pictures with her daughter on her Instagram handle.