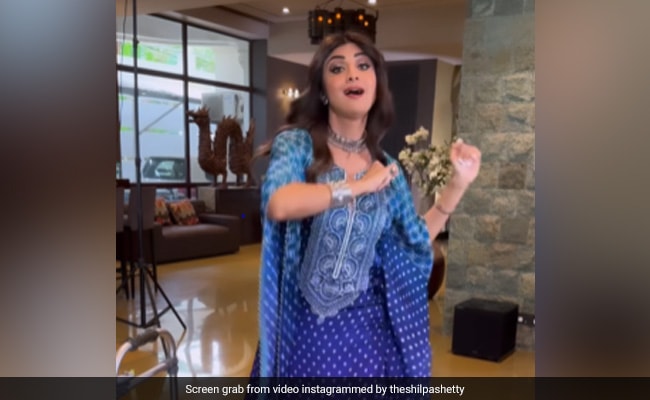 Dance knows no limits and Shilpa Shetty’s latest video is proof. The actor, who a few weeks ago injured her leg during a shoot, shared a video of her dancing on one leg to her current favourite song. Sharing a video of herself on Instagram, the actor wrote, “It’s the season to be Gujarati! Dancing (even if it’s on one leg) on my current favourite song by the Queen of Dandiya Falguni Pathak.” Her caption was accompanied by the hashtags Navaratri, Garba, Day 3, Vasaladi, Festivals Of India, Reels Viral, Colour Of The Day and Blue. In the video, the actor can be seen wearing a blue outfit and dancing to Falguni Pathak’s song Vasaladi.”

Soon her post was flooded by many comments from her fans. Many of them dropped hearts, shocked, star-eyed and fire emojis in the post’s comment section.

On Monday, the actor shared another Navaratri-related post on Instagram. Sharing a video of her offering puja to goddess Durga, the actor wished a Happy Navaratri to all her followers and wrote the importance of each day in her caption.