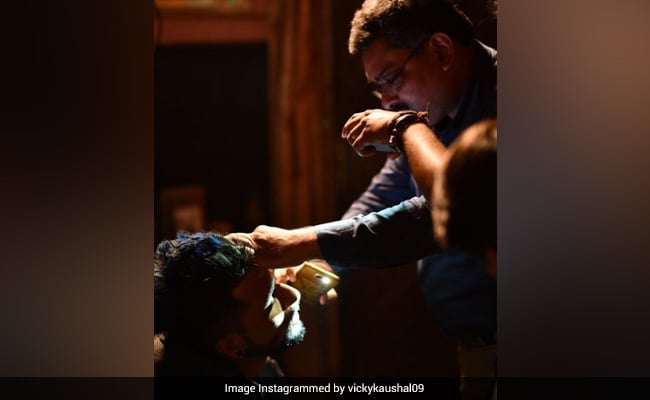 Vicky Kaushal’s film Manmarziyaan completes four years today. Celebrating the film’s fourth anniversary, Vicky shared a throwback picture from the sets of Manmarziyaan on his Instagram handle on Wednesday. In the picture, Vicky can be seen hurt, while others present at the set are using their phone flashlights to see his bruise. Vicky’s caption read, “Aashiqon ki jaan lega tu!… scene that cost me a few stitches under the eye. Such a liberating experience to play Vicky Sandhu! Grateful for a memorable journey together.” The actor tagged his co-stars Taapsee Pannu, Abhishek Bachchan, filmmaker Anurag Kashyap and Manmarziyaan writer Kanika Dhillon in his post.

Many of Vicky’s fans flooded his comments section with red heart and fire emojis.

The film, directed by Anurag Kashyap, also featured Abhishek Bachchan and Taapsee Pannu in the lead roles. Vicky’s film, which was released on September 14, 2018, was opened to positive reviews from critics.

Manmarziyaan is a romantic comedy-drama that shows a love triangle between Vicky Kaushal’s character Vicky, Taapsee Pannu’s Rumi, and Abhishek Bachchan’s Robbie. The film was internationally released as Husband Material and was also screened at the Toronto International Film Festival in 2018.

On the work front, Vicky Kaushal is shooting for Meghana Gulzar’s Sam Bahadur, also starring Fatima Sana Shaikh and Sanya Malhotra in the lead roles. The film is based on the life of Sam Manekshaw, who was the chief of the Army Staff of The Indian Army during the Indo-Pakistani War of 1971. He was the first Indian Army Officer to be promoted to the rank of field marshal.